Food allergy occurs in around 10% of infants, 4-8% of children, and about 2% of adults in Australia and New Zealand. The most common triggers are egg, cow's milk, peanut, tree nuts, sesame, soy, fish, shellfish, and wheat. Some food allergies can be severe, causing life-threatening reactions known as anaphylaxis.

An allergy is when the immune system reacts to a substance (allergen) in the environment which is usually harmless (such as food, pollen, animal dander and dust mite), or bites, stings and medications. This results in the production of allergy antibodies which are proteins in the immune system that identify and react with foreign substances.

An allergic reaction happens when a person develops symptoms following exposure to an allergen. Symptoms may include hives, swelling of the lips, eyes or face, vomiting or wheeze. It is important to note that only some people with allergy antibodies will develop symptoms following exposure to the allergen. Confirmation of allergy by a clinical immunology/allergy specialist is required.

Mild to moderate symptoms of food allergy include:

Signs of a severe allergic reaction (anaphylaxis) to foods include:

Food allergy can sometimes be dangerous

Although mild, moderate and severe allergic reactions (anaphylaxis), to foods are common in Australia and New Zealand, deaths from anaphylaxis due to food allergy are rare. Most deaths can be prevented by careful allergen avoidance measures, and immediate administration of an adrenaline autoinjector.

Not all adverse reactions to foods are due to allergy

The term allergy is often misused to describe any adverse reaction to foods.

Symptoms include headaches after having chocolate or red wine, or bloating after drinking a milkshake or eating pasta.

How common is food allergy and is it increasing?

What is causing the rise in food allergy?

We currently don't have clear information as to why food allergy has increased so rapidly in recent years, particularly in young children. This area requires additional research, several of which are already underway.

Allergies to cow's milk, eggs and peanuts are the most common in children

Nine foods cause 90% of food allergic reactions, including cow's milk, egg, peanut, tree nuts, sesame, soy, fish, shellfish and wheat. Peanut, tree nuts, shellfish, fish, sesame and egg are the most common food allergens in older children and adults. Other triggers such as herbal medicines, fruits and vegetables have been described, and almost any food can cause an allergic reaction.

When does food allergy develop?

Food allergy can develop at any age, but is most common in children less than 5 years old. Even young babies can develop symptoms of food allergy.

A doctor will ask a series of questions that may help to narrow down the list of likely causes, such as foods or medications consumed that day, or exposure to stinging insects.

Skin tests or blood tests for allergen specific IgE antibodies help to confirm or exclude potential triggers. Sometimes a temporary elimination diet under close medical supervision will be needed, followed by food challenges to identify the cause. Long term unsupervised restricted diets should not be undertaken, as this can lead to malnutrition.

While the results of allergy testing are a useful guide in determining whether a person is allergic, they do not provide a reliable guide to whether the reaction will be mild or severe.

Food allergy is not hereditary

A positive skin test or blood test for allergen specific IgE antibodies means that the body's immune system has produced a response to a food. Sometimes these are false positives and the person can eat the food without allergy symptoms. Therefore it is important to confirm the test with a supervised food challenge.

There are several unorthodox tests for food allergy that have no scientific basis. These include cytotoxic food testing, Vega testing, kinesiology, allergy elimination techniques, iridology, pulse testing, Alcat testing, Rinkel's intradermal skin testing, reflexology, hair analysis and IgG food antibody testing. There is no Medicare rebate available in Australia for these tests, and their use is not supported in New Zealand.

Treatment based on non-scientific tests may lead to ineffective, and expensive treatments, and delay more effective therapy. Harmful therapy such as unnecessary dietary avoidance may risk malnutrition.

Food allergy can be outgrown

Most children allergic to cow's milk, soy, wheat or egg will outgrow their food allergy. By contrast, allergic reactions to peanut, tree nuts, sesame and seafood persist in approximately 75% of children affected. When food allergy develops for the first time in adults, it usually persists.

Allergic reactions may be mild, moderate or severe, and can be influenced by many factors

Research into food allergy is ongoing

The increase of food allergy is driving research into areas such as prevention, treatment, and why it has become more common. Areas of research include allergen immunotherapy (AIT), also known as desensitisation, to switch off the allergy once it has developed.

Many people with food allergies will have an exposure every few years, even when they are very careful to avoid the foods they are allergic to. People with allergy should have an ASCIA Action Plan for Anaphylaxis and an adrenaline autoinjector if it has been prescribed.

Strict avoidance is essential in the management of food allergy. It is important for people with food allergy to:

Food allergy can be effectively managed

People with food allergy can learn to manage their condition with the guidance of their clinical immunology/allergy specialist. Having an ASCIA Action Plan for Anaphylaxis and adrenaline autoinjector offers reassurance, but this is not a substitute for strategies to minimise the risk of exposure. 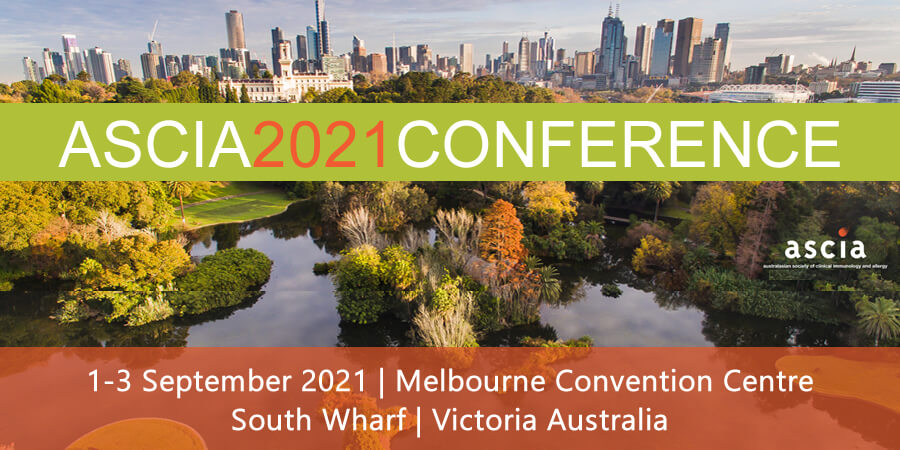